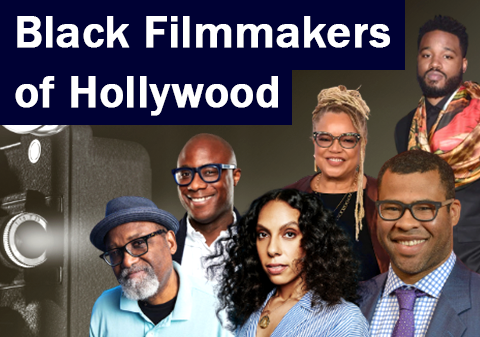 In 2015 the hashtag #OscarsSoWhite sparked a broader conversation about Black culture and race in the film industry. Whose stories are being written and recognized in Hollywood? How are Black stories being told, and who is telling these stories? (The Take, July 21, 2020).

In his book Black male frames: African Americans in a century of Hollywood cinema, 1903-2003, Roland Williams Jr draws attention to a century of Black caricatures and stereotypes in Hollywood. Reel inequality: Hollywood actors and racism examines the systemic barriers and challenges minority and racialized actors encounter; for example, the stereotypical characterizations, the white Hollywood producers and moguls, and a culture of ethnocentric storytelling in film. Hollywood and Africa: Recycling the 'dark continent' myth from 1908-2020 explores how Hollywood continues to recycle and propagate the "dark continent" myth, even in contemporary times, through its depictions of Africa.

In light of the Oscars, on Sunday April 25th, 2021, and in support of Black Heritage 365, we want to recognize the excellence of Black filmmakers, Black actors, and Black writers as they work to challenge colonialist ideologies of Black culture and representation to create a Black cultural rebirth in Hollywood film.

Here are some selected current feature films and documentaries available at Humber Libraries that deserve a first (or second!) watch. Read more about inspiring Black filmmakers in A celebration of Black film: A century of Black excellence at the movies.

Harriet (2019). Director: Kasi Lemmons. The incredible true story of one of America's greatest heroes, Harriet Tubman. From her escape from slavery to the dangerous missions she led, setting free hundreds of slaves through the Underground Railroad.

Queen & Slim (2019). Director: Melina Matsoukas. Slim and Queen's first date takes an unexpected turn when a policeman pulls them over for a minor traffic violation. When the situation escalates, Slim takes the officer's gun and shoots him in self-defence.

Us (2019). Director: Jordan Peele. Adelaide Wilson, her husband Gabe, her son Jason and her daughter Zora head to Santa Cruz, California, for a beach vacation at Adelaide's childhood home with their friends the Tylers. That night, the Wilsons are terrorized by a family of doppelgangers with murderous motivations.

Black Panther (2018). Director: Ryan Coogler. A superhero known as Black Panther defends Wakanda, a technologically advanced country in Africa that has hidden itself away from the rest of the world. Now, he must face a dissident who wants to sell the country's natural resources to fund an uprising.

If Beale street could talk (2018). Director: Barry Jenkins. Tish, a newly engaged Harlem woman who races against the clock to prove her lover's innocence while carrying their first-born child. It's a celebration of love told through the story of a young couple, their families, and their lives.

MLK/FBI (2020) Director: Sam Pollard. A detailed account of the FBI surveillance that dogged King’s activism throughout the ’50s and ’60s, fueled by the racist and red-baiting paranoia of J. Edgar Hoover

Mr. SOUL! (2018) Director: Melissa Haizlip. From 1968 to 1973, the public television variety show SOUL!, produced and hosted by Ellis Haizlip, offered an uncompromising celebration of Black culture. The series was among the first to provide expanded images of African Americans on television, shifting the gaze from inner-city poverty and violence to the vibrancy of the Black Arts Movement.

I am not your negro (2016) Director: Raoul Peck. Raoul Peck envisions the book James Baldwin never finished. The result is a radical, up-to-the-minute examination of race in America, using Baldwin's original words and flood of rich archival material. I am not your negro is a journey into Black history that connects the past of the Civil Rights movement to the present of #BlackLivesMatter. It is a film that questions Black representation in Hollywood and beyond.

Enter your e-mail address to receive notifications of new posts by e-mail.